A relatively new model on the scene, the Nissan Rogue is only a little more than a decade old. Debuting in 2007 with the 2008 Rogue, this mid-size SUV was designed to entice buyers new to the idea of a sport utility vehicle to give it a try. Since its beginnings, the Rogue has gone on to become the best-selling model for Nissan in the US.

Introduced as an entry-level sport utility vehicle, the 2008 Nissan Rogue came out with some impressive standard features. For instance, all three trim levels included power windows, doors and locks, cruise control, air conditioning, a stereo system and remote keyless entry. Three trim levels have been standard for this model from the beginning with the S as base.

Safety was never second thought for the Nissan Rogue, which came with airbags, ABS brakes, traction control, electronic brake-force distribution and more. With all that Nissan decided to include in the first-generation SUV, Consumer’s Digest awarded it as the Automotive Best Buy Award for 2010.

Nissan also made some changes in mid-generation to impress buyers with a new dash and navigation system. A sport-tuned exhaust was added, and the exterior was redesigned. Nissan also decided to include leather seats for a more luxurious feel.

Introduced in 2013, the Nissan Rogue included a special model for more passenger room. This trim offered three rows to fit in seven. By 2018, Nissan decided to replace the third row with more cargo space and passenger room to stretch out. All trims offered a four-wheel independent suspension and electric power-assisted steering.

A new look made the Rogue appear bolder and more refined. Updates included headlights and taillights that were redesigned as well as a larger touchscreen for the SV trim. ProPILOT Assist was available with the SL trim. Other new safety features included rear cross traffic alert, blind spot warning and automatic emergency braking.

Mid-generation, Nissan added lane departure warning, object detection warning and frontal collision warning. A 360-degree camera provided better views all around the vehicle. All these improvements made the Rogue a Top Safety Pick by IIHS.

Powering the second-generation Rogue was a 2.5L I-4 engine and Xtronic CVT. Sport mode offered a peppier ride. Mid-generation saw the addition of a hybrid for 2017. This model offered better efficiency with regenerative braking, a 2.0L four-cylinder engine and Lithium-ion battery with electric motor.

NissanConnect was an added feature for 2016, offering navigation and other technology. Since then, it has expanded to help you stay connected to your vehicle in many ways.

From the beginning the Nissan Rogue has turned heads. This model was featured on the television series, Heroes back in 2007 with its premier model year.

With the second-generation Rogue, it went big on the big screen. Star Wars Rogue One included the 2017 model year, which was a Limited-Edition Nissan developed just for the film. Only a few thousand were produced of this trim.

Nissan continued to develop the Rogue with the third-generation being unveiled in 2020. This model was a major redesign with a new platform. The look was also edgier with a squared front end and a boxy look. Two-tone body combinations offered more options for personalization. This model also made a change to a new 2.5L engine. Available options included heated rear seats and semi-aniline leather. Nissan added Apple CarPlay and Android Auto to connect the smartphone to the touchscreen.


You can learn more about what you get with the latest Nissan Rogue when you visit Premier Nissan of San Jose. Stop in today to see this model in person.


View Inventory
Contact Us
Get Pre-Approved
Value Your Trade 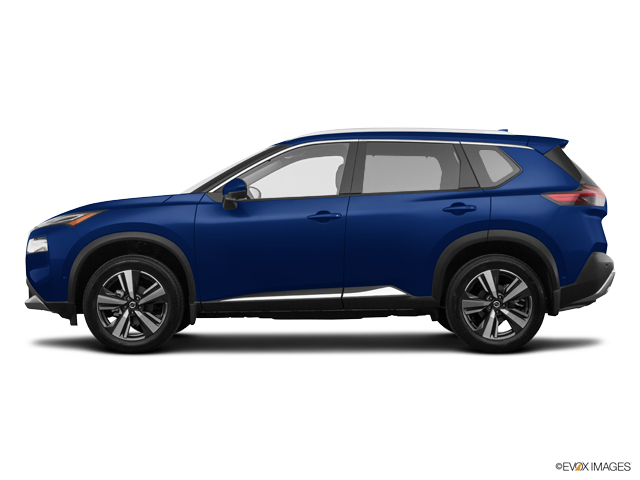 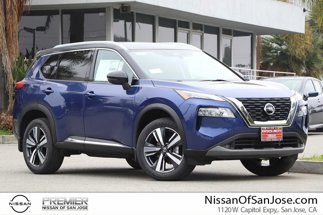 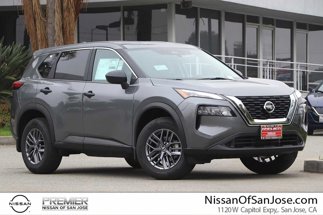 Prices do not include government fees and taxes, any finance charge, any dealer document processing charge, any electronic filing charge and any emissions testing charge. Please contact the Dealership for latest pricing and monthly payment. Published price subject to change without notice to correct errors or omissions or in the event of inventory fluctuations. Please contact store by email or phone for details.

While we make every effort to ensure the data listed here is correct, there may be instances where some of the pricing, options or vehicle features may be listed incorrectly as we get data from multiple data sources. Please confirm the details of this vehicle with the dealer to ensure its accuracy. Dealer cannot be held liable for data that is listed incorrectly.

Tax, Title and License, factory, dealer installed equipment and products, finance charges, documentation fee and destination is not included with advertised price. Occasionally additional equipment and products are added to a vehicle and of so, that additional equipment will be disclosed on each vehicle in detail, included added equipment and the corresponding cost on an addendum window sticker on each vehicle. Please contact dealer to verify price, options and other vehicle details. Incentives from Nissan are zip-code specific. Incentives could change if you register the car outside of the New Orleans market. Price shown requires financing with NMAC, with approved credit, and is not available with special financing or lease offers All dealer and manufacturer discounts, all rebates applied with advertised price. Contact authorized Internet Sales Representative for details.

Prices do not include government fees and taxes, any finance charge, any electronic filing charge and any emissions testing charge, plus dealer installed accessories.